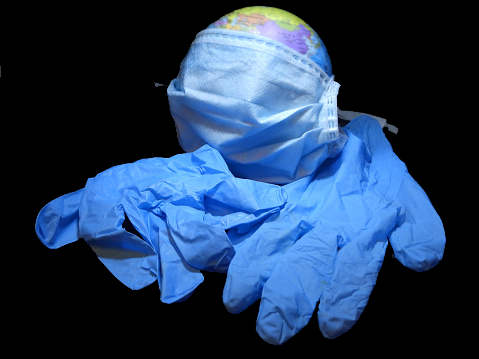 Touched in both our private and public lives, we are suddenly aware that we are living as if we were 700 million (Europeans and North Americans) while there are 7 billion of us. The planet does not live the 21st century in the same way whereas, for our comfort and our cost optimizations, we have created economic channels that are all intertwined with each other..

This brutal awareness brings us individually to question our share of humanity in a short time and without preparation.
Are we for or against large-scale human medical testing without prior double-blind protocol? Are we for or against the priority given to respirators for our grandparents contaminated by Covid19 or for maintaining those used for very premature babies whose chances of survival are lower but real?
Are we more concerned by the risk of mortality of 10% of the African population raised by the WHO or by the risk of American and European economic recession? Ar we for or against clear water and fishes in the canals in Venice?

If Covid-19 forces us to position ourselves on moral choices that we would never have wished to make individually, it places each Executive Committee and each manager in a completely new frame of reference.

For the last two weeks, we have been listening to directors and managers tell us about their situations, their daily problems and their quest for a magic wand.
After two weeks of setting up business continuity plans and remoteworking, everyone discovers a new pace, new routines, new constraints and often adapts empirically to a constantly changing environment:

In this martial context, going into battle without weapons or preparation is like playing Don Quixote and ending up in the long list of fallen victims.

In reality, behind each of these four scenarios lies the need to redefine individual and collective commitments:

It gives us a unique opportunity to rethink our environment in the long term because tomorrow it will place consumers in a new relationship with the world. Irremediably, radically and definitively.

We will be meeting with you regularly to share with you the feedback from top managers, but also the views of scientists on our personal springs and the way our brains behave in confined environments.